Yerevan, 27 January 2016 2015 showed that people working together can succeed in the battle against corruption. Although corruption is still rife globally, more countries improved their scores in the 2015 edition of Transparency International's Corruption Perceptions Index than declined.

Yet in places like Guatemala, Sri Lanka and Ghana, citizen activists in groups and on their own worked hard to drive out the corrupt, sending a strong message that should encourage others to take decisive action in 2016. 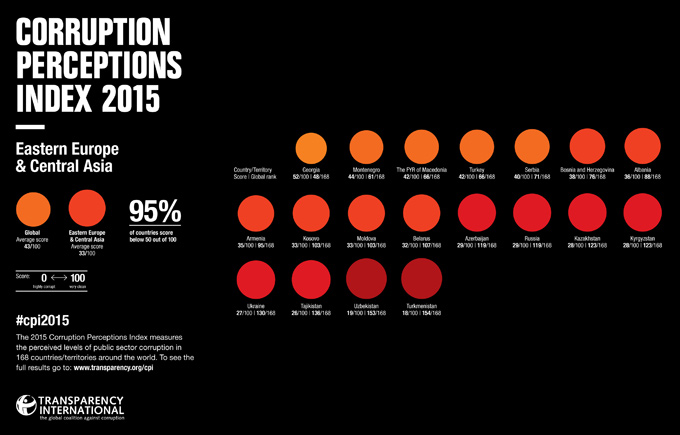