The Global Corruption Barometer is a survey that assesses general public attitudes toward and experience of corruption in dozens of countries around the world. 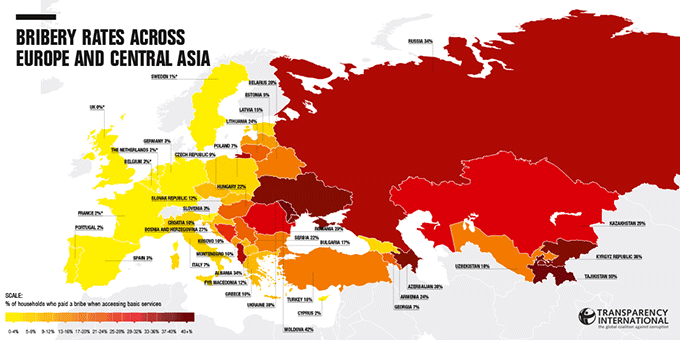 On behalf of Transparency International, the TNS Opinion research company carried out the GCB 2016 survey in Armenia from December 28, 2015 to May 2, 2016 (for more on GCB see the “Frequently asked questions” material at www.transparency.am ). The sample size was 1,527 people (adults of 18 years and more age) and data were collected using face to face household interviews. Armenia is included in the GCB survey for the fourth time in sequence (the previous ones were on 2009, 2010 and 2013).

Most results on Armenia, most of the former Soviet republics and Turkey are summarized in the tables included in the package on GCB 2016. For more detail on GCB 2016 Europe and Central Asia report visit TI website at http://www.transparency.org/whatwedo/publication/7493.

Major results of GCB 2016 for Armenia