Progress on beneficial ownership transparency in Armenia was presented

The workshop aimed to present the progress made on beneficial ownership transparency in Armenia and to discuss the current problems with the stakeholders in order to tackle them in the future. The international guests from OGP and OpenOwnership shared world’s best practice in support of the Armenian government in order to facilitate the process. The event brought together over fifty representatives from government, international and non-governmental organizations and mass media outlets.

Sona Ayvazyan, Executive Director of Transparency International Anticorruption Center welcomed the audience with opening remarks. She focused on global damage of corruption caused by anonymous companies and the measures in disclosing beneficial owners as a solution to the problem taken by international organizations, including Transparency International global movement. “Armenia was among the first countries that introduced open and public beneficial ownerships' register in its fourth OGP Action Plan for 2018-2020 years. The register should be publicly available by the end of 2020. Armenia has already begun that process by making the identification of beneficial owners a requirement of the EITI Standard.in 2016, and its EITI candidature application was approved in 2017. I am glad that the Armenian partners have moved this agenda forward both before and after the revolution,” mentioned Sona Ayvazyan.

In his speech Rustam Badasyan, Minister of Justice of Armenia, highlighted the event, noting that in recent years several governments across the globe acknowledged the need for easy access to information on beneficial ownership in fight against tax evasion, money laundering and corruption crimes. “The Armenian authorities today, more than ever, are committed to carry out the obligations assumed under the OGP action plan and stand ready to endeavor towards disclosing information about beneficial owners,” Rustam Badasyan said.

In her opening remarks USAID Armenia Mission Director Deborah Grieser said that USAID supports OGP initiative since its launch in 2011, in particular, the Armenian government to join EITI. "The plan to launch an open data register of real owners is a clear sign of Armenia’s continuous commitment to enabling beneficial ownership transparency, and USAID commends this ambitious goal. We see this commitment as an important element of the government’s efforts to fight corruption," said Deborah Grieser. "We will continue to engage civil society in these efforts," added Deborah Grieser, noting that, in partnership with TIAC, USAID created a platform for cooperation with OpenOwnership, which she hoped would provide a more transparent environment and increased investment,” concluded the Mission Director.

Welcoming democratic processes in Armenia, Sanjay Pradhan, Chief Executive Officer of Open Government Partnership (OGP), addressed OGP Independent Reporting Mechanism. He also noted that by establishing a public beneficial ownership register, Armenia might assume the role of regional and global leader in this sphere and could further strengthen beneficial ownership transparency by establishing mechanisms for mandatory inclusion of a larger scope of companies in the beneficial ownership registry apart from beneficial owners of extractive industries. In particular, the government could mandate disclosure of media company ownership. Sanjay Pradhan also emphasized that beneficial owners’ disclosure process would contribute to enhancing citizens’ trust in Government and effective fight against corruption. It would create a level playing field for new players and an opportunity for new investments, concluded OGP CEO.

In her speech Liana Ghaltaghchyan, Deputy Chief of Prime Minister’s Staff noted that Armenia within the OGP framework, along with 14 other countries, joined the Beneficial Ownership Leadership Group, a newly formed coalition of governments that is committed to advancing progress towards open beneficial ownership registers and sharing good practice. According to Ghaltaghchyan, starting from publishing the register of beneficial owners of companies operating in metal mining sector, the government will gradually expand the process of disclosing the beneficial owners of legal entities operating in other sectors and engineering a commonly accessible platform for storage of information about them, ensuring publicity of data on beneficial owners.

Thom Townsend, OpenOwnership Executive Director mentioned that OpenOwnership
supports governments, civil society and the private sector in carrying out reforms for beneficial ownership disclosure. Memorandum of Understanding to be signed between OpenOwnership and the Government of Armenia to provide high quality assistance to the Armenian Government will help Armenia to overcome technical challenge and enable to carry out reform.

Under this agreement, OpenOwnership will provide technical assistance to support Armenia in implementing beneficial ownership transparency. Opening the signing ceremony and technical workshop in Yerevan, Minister Badasyan said, ‘Whilst there is no straight-forward way to stop money laundering, beneficial ownership information is key to tackling this transnational issue, and Armenia is committed to finding the best way to proceed in establishing efficient ways to share high quality information about who owns companies.”

Russell-Prywata, Senior Programs and Policy Manager from OpenOwnership introduced approaches to beneficial ownership data collection and the international practice, while Sushan Doydoyan, President of Freedom of Information Center dwelt on the importance of the comprehensive implementation of open ownership in all areas.

A discussion was held with the participation of all constituencies, proposing that the legislative regulations related to the mining sector serve as an example of relevant legislation aimed at developing beneficial owners' transparency in other spheres as well.

The event was live-streamed by Journalists’ Club “Asparez”

For media coverage of the event see the Armenian version. 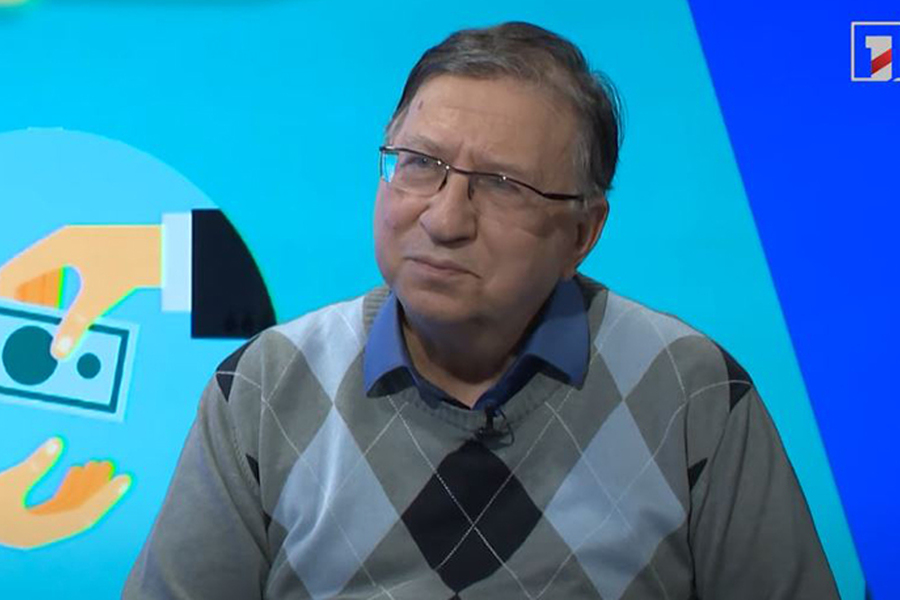 Varuzhan Hoktanyan, project director of the Transparency International Anti-Corruption Center, recently gave an interview on 168 TV, where he spoke about Armenia's decline in the 2022 Corruption Perception Index report and the risks of corruption. 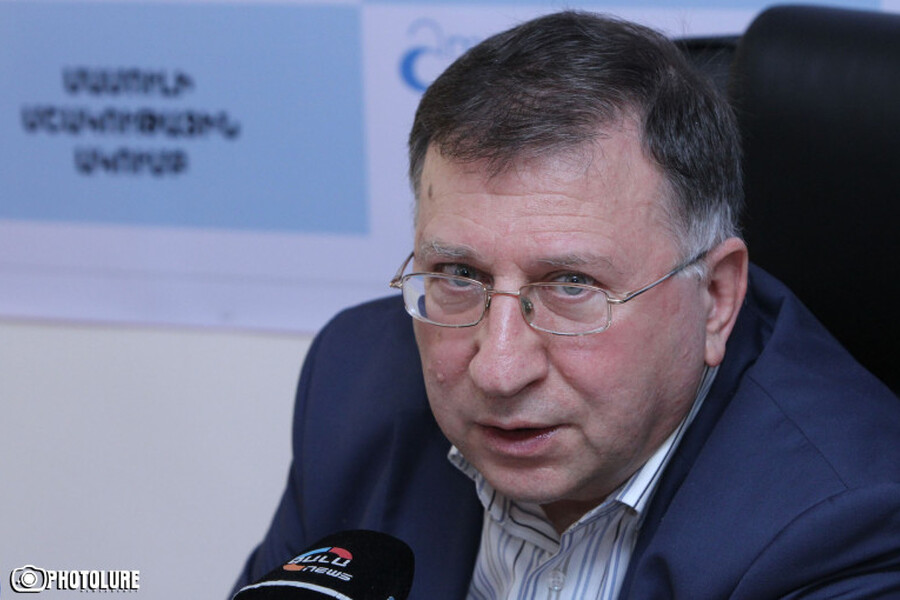 Regress in Fight Against Corruption

In an interview with Factor.am, Varuzhan Hoktanyan, project director of the Transparency International Anti Corruption Center, discussed the reasons for the drop in Armenia's 2022 Corruption Perception Index (CPI) ratings. 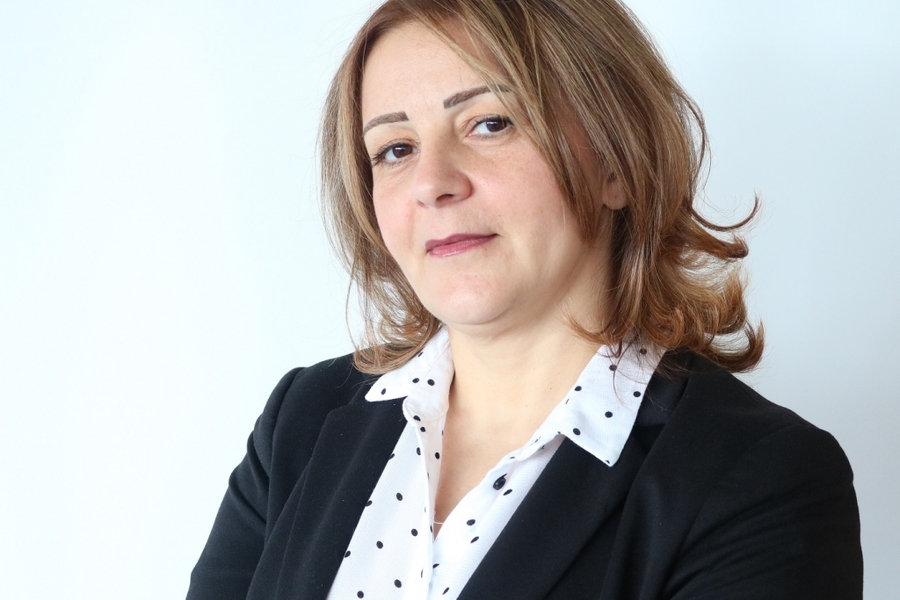 We have Made Regress in the Fight Against Corruption

Sona Ayvazyan talked to "First News" about the results of the 2022 Corruption Perception Index and Armenia's regress in the fight against corruption. 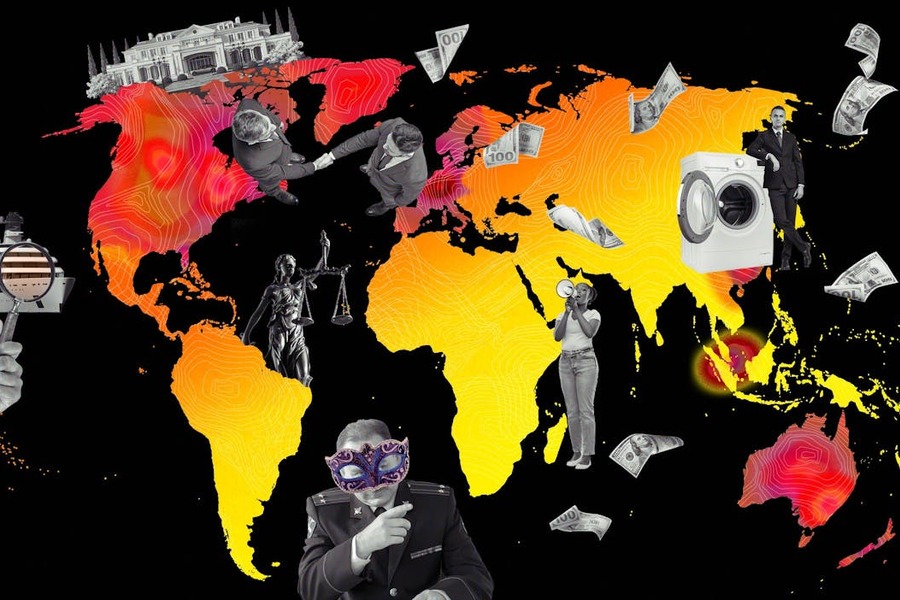 The media addresses the results of the CPI 2022, the regression recorded by Armenia, and the problems regarding the effectiveness of fighting corruption in Armenia.