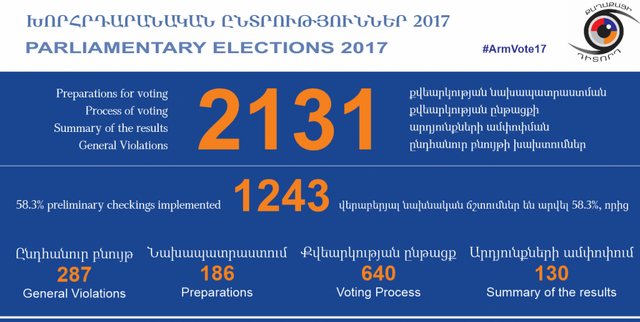 Elections do not express the will of the citizens of Armenia

On April 2, the 3112 independent and impartial observers of Citizen Observer Initiative have carried out the mission of observation since early morning at 1521 precincts.

The observers of the Citizen Observer Initiative have registered overall 2131 cases of violations during the preparation, voting, counting and tabulation of votes, out of which 1243 have been verified from 544 precincts. Initial verifications of violations amount to 58.3% of all violations. The remaining 41.7% are in process of verification.

Initial verifications done for 1243 violations are as follows:

186 violations registered during preparation and opening of the precincts, of which 97 (52%) due to violation of voting room arrangement protocols and 33 (18%)՝ due to precinct commission working procedures

130 cases of violations were registered during the closing of the precincts, counting and the tabulation procedures.

Based on verified violations, the Initiative’s observers have registered 584 objections in the precinct commission’s log book and so far 31 complaints have been submitted too District Election Commissions. The compilation and submission of complaints are ongoing.

According to the received data so far, Citizen Observer Initiative emphasises the following problems:

1) supervised, controlled and open voting as well as pressure on expression of the free will of voters, including bribery.

3) low quality of work of the precinct election commissions

5) noticeable passivity of police at precincts

Despite expectations that the new Electoral Code would have heightened the trust of public towards election process, based on the abovementioned observations we report that this assumption has not been gained. Citizen Observer Initiative has serious concerns and doubts that these elections do not represent the free will of the voters.

In parallel, we remind that the election process is not completed and that the observation mission still continues to verify reported cases of violations to complete the process of final reports and complaints.

Citizen Observer Initiative calls on all interested parties, including political powers (or proxies) and other observer missions to join the process of reporting and analysis of violations to express commitment to follow up with further actions.

The 2017 parliamentary election observation mission is made possible with funding from the European Union, the National Endowment for Democracy, and the Embassy of the Kingdom of the Netherlands in Tbilisi.

The information and views set out in this press release are those of the author(s) and do not necessarily reflect the official opinion of the European Union. Neither the European Union institutions and bodies nor any person acting on their behalf may be held responsible for the use which may be made of the information contained therein. 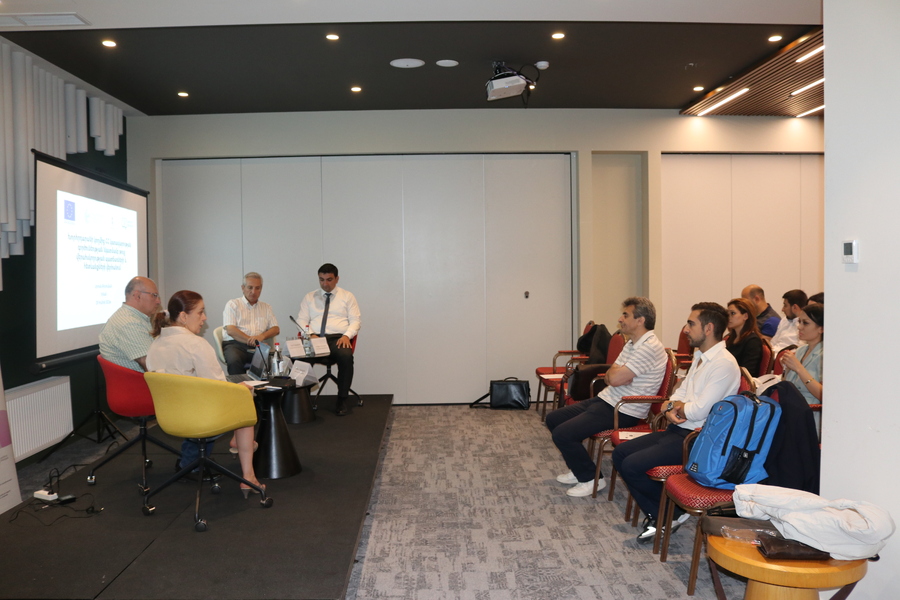 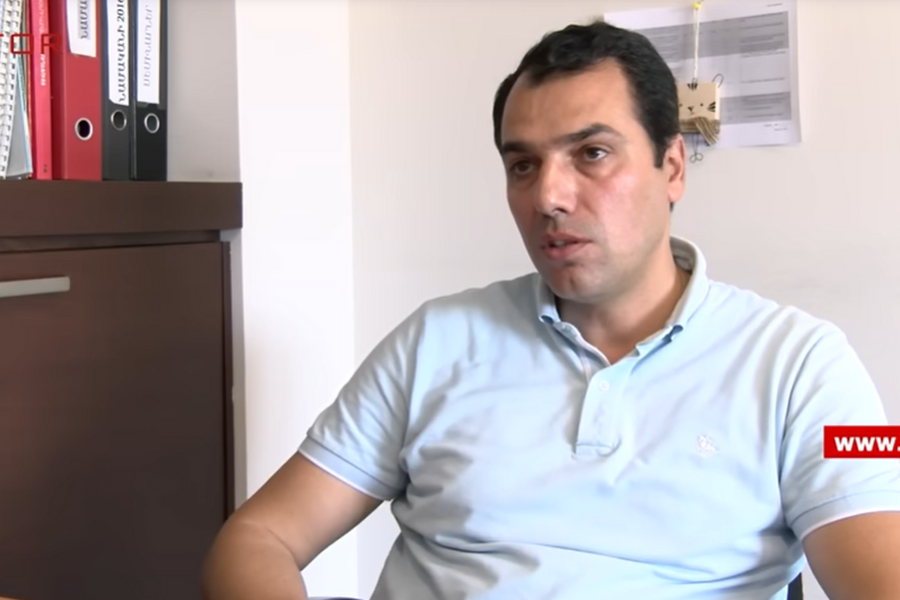 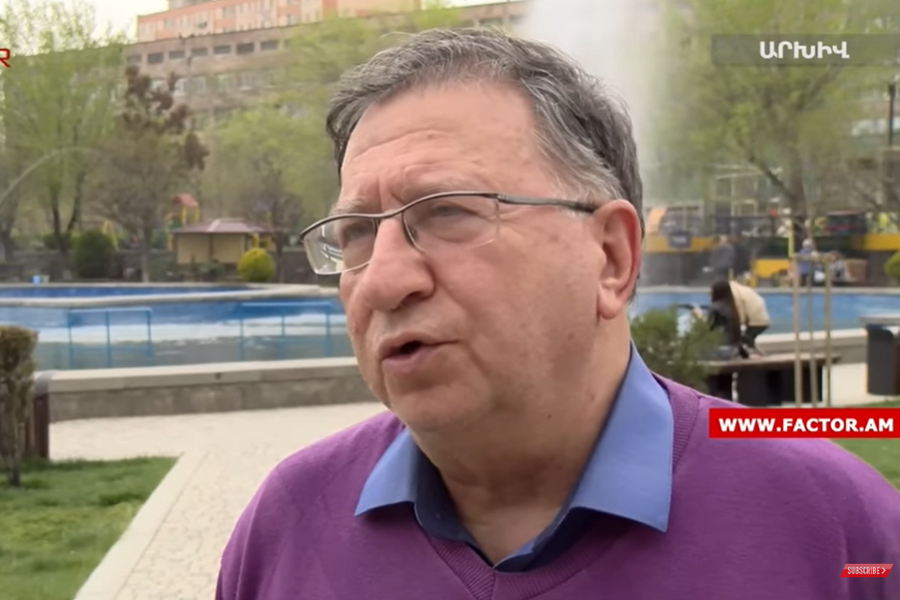 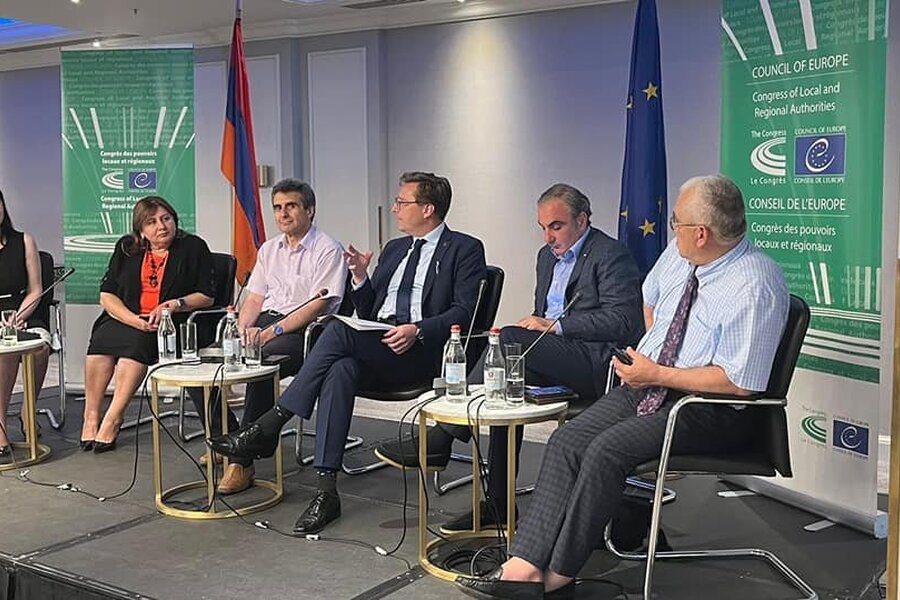