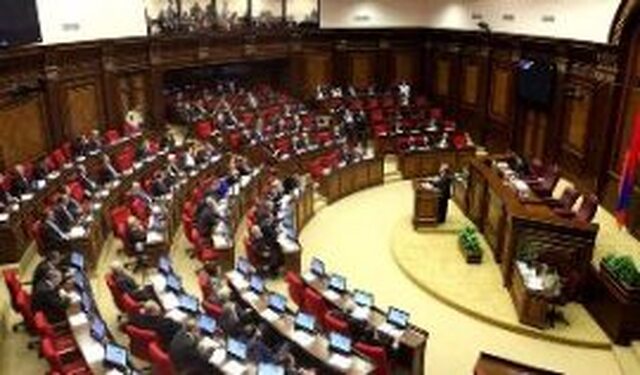 Statement on the 2012 Parliamentary Elections in the Republic of Armenia

Yerevan, 11 May 2012 - The parliamentary elections that took place in the Republic of Armenia on May 6, 2012 unfortunately do not assist the process of genuine democratization of the country and do reflect the lack of political will of the authorities to reform elections institutionally.

Confidence of the Armenian public in the electoral process has gradually diminished starting from 1995. All elections were marred by widespread harassment, threats, and vote buying, and in 2008, the elections were followed by tragic events resulting in casualties. The need to conduct proper elections and to restore public trust in the electoral processes has become a core issue in the relationship of Armenia vis-a-vis other states and various international organizations; it has been, in particular, reflected in resolutions of the Parliamentary Assembly of the Council of Europe and the Association Agreement talks of Armenia with the European Union. Despite these factors and the repeated public promises of the Armenian authorities to hold "exemplary" elections, the Armenian public could not witness democratic elections in May 2012, either, and both our and the international community's expectations were not met.

Besides certain positive improvements relative to the previous general election (such as the mass media securing a "level playing field" for the political forces during the campaign, the regulation of the distribution of printed campaign materials, the clear assignment of polling stations for voters on the voting day, and others), major steps have not been implemented to secure fair elections reflecting the free will of the voters. Vote buying, abuse of administrative resources, political imposition and harassment of employees by the public sector and private employers, and the use of numerous other illegal "techniques" have affected the voting process and the election result to an unprecedented scale. The law-enforcement agencies have, as a rule, failed to act in prevention of irregularities and holding the guilty ones responsible. Numerous cases of these practices were reported by civil society organizations and individual voters.

Disappearing ink in the passport stamps that were introduced to preclude the fraud further exacerbated concerns over inflated voter lists.

The validity of the electoral process was strongly affected by widespread poverty - unemployment, lack of protection for individual citizens, and impunity for others have deprived scores of citizens of the possibility to make a free, informed, and conscious choice. The formation of this moral and psychological atmosphere was largely due to the fact that the Armenian authorities have so far failed to exert sufficient efforts to identify and punish those in charge of organizing and carrying out the 1 March 2008 bloodshed, as well as those responsible for the fraud in the 2008 and following elections. On the eve of the 2012 May election, the National Assembly adopted a contentious Law on the Legal Regime of the State of Emergency, which allows the interference of the armed forces in the domestic political process and was, as such, perceived by many as a threat.

As civil society representatives engaged in the promotion of human rights and democracy, we are profoundly concerned over perpetual sophistication and "improvement" of election fraud mechanisms, as well as the impunity of those implementing the fraud. We believe that both local and international organizations should draw appropriate conclusions from yet another failure of Armenia to honor her international commitments of implementing democratic reforms.

We find that the list of voters that participated in the 6 May 2012 elections must be published in order for democratic elections to become institutionalized in Armenia. It is the primary step that can demonstrate the will of the Armenian authorities to reconstruct the real outcome of the election and to dispel the public skepticism regarding the results of the vote.