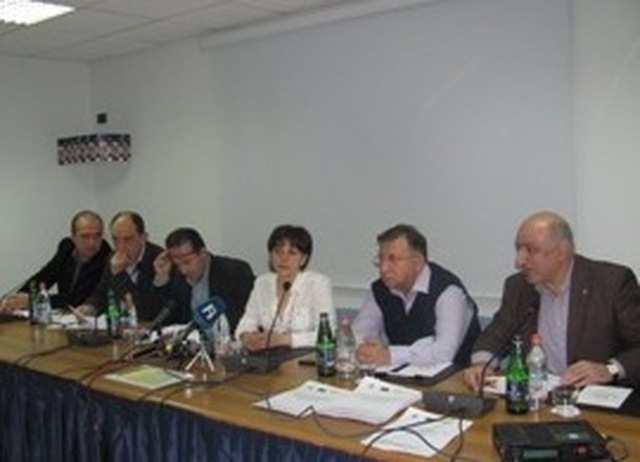 4 May 2012, Yerevan - Conducting elections in line with the democratic standards is contingent first of all upon the extent to which fundamental human freedoms are respected in a country during the period between the current and previous elections. In case of no respect for or limitations of such freedoms, the final phase of the election, i.e. the voting cannot adequately reflect the vote results in an impartial manner.

Exercise of the Voters' Rights

Armenia's authorities are twice discriminating between voters that the Armenian Constitution declares to be equal: firstly, they deprive about 600,000 to 700,000 Armenian citizens (about 25-30% of the total number of voters) that are abroad of the right to vote in Armenia's diplomatic missions abroad, and then, they are allowing several hundred staff of the same diplomatic missions to vote abroad.

Use of Administrative Resources

The abuse of administrative resources remains an inevitable flaw marring the pre-electoral campaign in Armenia. The practices are much more dangerous than those commonly found in the international experience (for instance, the use of official state vehicles for campaign purposes by candidates participating in the election), as the impact of the latter on the Armenian voters would hardly be decisive: there have been many reports of regional governors imposing "plans" on village mayors to make sure that the vast majority of the village residents vote for the respective regional governor's party (which is normally the Republican Party of Armenia). Similar "assignments" are also given to heads of other state and municipal institutions.

As a rule, the unofficial pre-electoral campaign begins in Armenia long before the start of the 26-day official campaign period stipulated by law. The monitoring conducted during the period from 16 November to 15 December 2011 revealed that the mass media, primarily television companies, made efforts to predetermine the mood of the voters; they broadcast reports that implicitly contained hidden political advertisement.

Relative to the previous parliamentary election, the broadcast media are ensuring much more pluralistic coverage of the current campaign and are generally ensuring equal conditions for the political forces to present their platforms and views to the voters. It can be mostly attributed to the commitments undertaken by the Armenian authorities in relation to international organizations regarding the upcoming election, as well as some new factors. However, this trend can be valued only if it continues after the election, as well, i.e. if it is driven not by external circumstances and the election legislation, but also, and more so, by domestic motives and control mechanisms, becoming "business as usual."

The new electoral legislation successfully veils the campaign-related donations and expenses that in the past triggered inconvenient questions for certain parties. By prohibiting legal entities from making donations to the campaign fund of a party or candidate, the enormous difference that previously existed between the number of companies donating to the Republican Party of Armenia versus opposition parties is not being concealed. By defining what expenses have to be financed from the campaign fund, the Electoral Code allows hiding other campaign expenses, which were rather significant, especially in the case of the ruling parties.

Behavior of the Political Forces

Unlike the positive trend in the information domain, the political landscape remains stereotyped and closed to new approaches. Little has changed in the campaign behavior of the politicians: similar to the past, they are reluctant to give the mass media timely notice of their campaign activities, at times even eschewing political debates.

In some cases, the political forces (especially the Republican Party of Armenia and the Prosperous Armenia Party) have completely ignored their voters, i.e. ordinary citizens of Armenia, failing to respond to issues directly raised by them.

The Preconditions for Irregularities

A survey of 800 respondents in 70 settlements of Armenia carried out in February 2012 revealed that about 60 percent of the respondents were mostly concerned about the lack of employment opportunities, low pensions, low wages, poverty, high prices and inflation, the lack of opportunities for young people, and emigration. The social difficulties of the population and the subsistence problems lingering for years have cast a shadow on democratic values such as fair elections, human rights, and the freedom of expression, which essentially reflects the creation of a favorable environment for vote buying, successful harassment and intimidation, and tolerance for vote fraud.

The Armenian authorities have refused to put in place mechanisms that could preclude or minimize vote fraud and irregularities. In November 2010, the National Assembly working group drafting the Labor Code, and in April 2012, the Central Electoral Commission of Armenia turned down the recommendations of non-governmental organizations on having the state install video cameras in the polling stations, videotaping the whole voting and ballot counting process, broadcasting it over the Internet, and archiving the records as official information.

The inflation of voter lists is one of the more serious concerns related to the upcoming election: it creates a breeding ground for fraudulent practices that are harder to disclose and more likely to happen on the voting day, such as voting with false passports or proxy voting. The comparison of the voter lists posted on the website of the Armenian Police and the 2010-2011 statistical data on the permanent population of Armenia published by the National Statistical Service of Armenia shows that, in 34 settlements of Armenia, the number of voters in the voter lists is larger than the permanent population figure.

The new media are playing an increasingly more important role in the current electoral process. By virtue of their speed and relevance, the new media are willingly or unwillingly influencing the traditional media, especially the broadcast media, forcing them to modernize their practices and competing rather seriously for the place of the frontrunner in the fight against irregularities and vote fraud.

With the growth of modern media technology, citizens are becoming increasingly more interested in and active in control of the electoral process, which is illustrated by the fact that about 370 alerts have been recorded on the iDITORD website for recording election irregularities, and over 600 individuals have participated in training courses conducted over a period of just 40 days on the use of this tool. About 30 percent of the alerts received to date concern fraud in the voter lists, 38 percent concern vote buying and harassment, and 32 percent concern violations during the campaign.

Despite public activity, there are still concerns related to people's worry over filing individual complaints. Although there are numerous alerts of covert illegal practices and harassment of citizens, the persons filing them either are reluctant to give their names or specifically ask not to disclose their identity, which is indicative of a lingering climate of fear in the country.