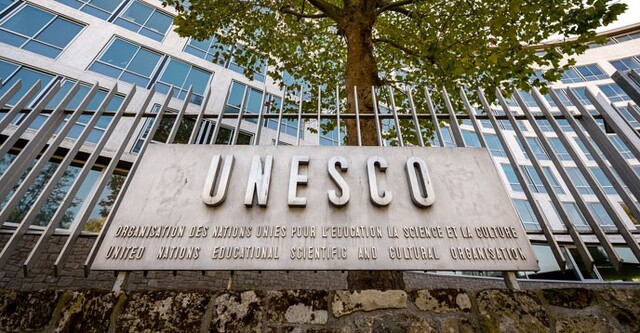 We, a group of civil society organizations, referring to the 2003 UNESCO Declaration concerning the Intentional Destruction of Cultural Heritage, the 1954 Convention for the Protection of Cultural Property in the Event of Armed Conflict and its two Protocols, and the UN Security Council resolution 2347 (2017), condemn the deliberate damaging and destruction of Armenian cultural and religious heritage by Azerbaijan in Nagorno Karabakh during and after the 44-day war in September-November 2020, and alert UNESCO with regard to the flagrant violations of international law, aimed at eradicating Armenian historical roots to the region and appropriating the Armenian cultural and religious heritage. We believe that the conduct of the Azerbaijani authorities demonstrates not only clear violations of international obligations per se, but a continuous torture and humiliation for the Armenian people and it is nothing short of fueling another conflict at a time when formally the state of Azerbaijan is negotiating peace.

It’s noteworthy that Nagorno Karabakh is geographically small, but is host to vital heritage sites and important archaeological resources. There are an estimated 4,000 Armenian cultural sites, including 370 churches, 119 fortresses and other historical and cultural monuments in Nagorno Karabakh. The churches date from the 4th to the 21st century. The valuable archaeological sites, most notably in the ancient city of Tigranakert of Artsakh, date back to the 1st c. BC – 13th c. AD.

Today at least 1,456 overwhelmingly Armenian historical and cultural monuments have fallen under Azerbaijani control, including 161 Armenian churches, the archaeological sites of Tigranakert, Azokh Paleolithic cave, the Nor Karmiravan tombs, Mirik, Keren, and architectural monuments such as palaces, bridges, and historic quarters. In addition, in the territories which came under Azerbaijani control, there were 8 state museums and galleries with 19311 exhibits, as well as "Shushi Carpet Museum" and "Shushi Armenian Money Museum" operating on a private basis.

There are serious concerns over the preservation of this historical and cultural heritage under Azerbaijani control. Given Azerbaijan's practice of systematic destruction of Armenian cultural heritage in its territories over the last decades, these concerns have proved to not be misplaced. Azerbaijan has a well-documented record of destroying Armenian heritage sites under its control, and treasures of Armenian history are being lost forever. Cases of deliberate and overt irremediable destruction of the Armenian cultural and religious heritage by Azerbaijan is nothing new, such cases have been documented for decades. Two flagrant examples are the total destruction of the ancient Armenian cemetery of Julfa in Nakhichevan between 1997-2006, in which a total of 28,000 monuments (including 89 medieval churches; 5,840 unique hand-carved khachkars (cross-stones) and 22,000 ancient tombstones were destroyed; and the destruction of Armenian monuments of the Tsar village in the Karvachar (Kelbajar) region.

From the initial stages of the September-November 2020 war in Nagorno Karabakh, Azerbaijan has again been targeting Armenian cultural and religious heritage. The first major incident was recorded on 8 October 2020, when the Church of the Holy Savior Ghazanchetsots in the city of Shushi was shelled twice by the Azerbaijani armed forces[1], causing major destructions to both the interior and exterior of the Cathedral. There is no doubt that with these attacks Azerbaijan brutally violated the norms of the international law, as well as its commitments within the framework of the UN and the Council of Europe obligations.

Today, even after the ceasefire statement, everyday reports alert to the targeting of Armenian historical and cultural monuments in Nagorno Karabakh. Following the trilateral statement of 10 November 2020 on complete ceasefire and termination of all hostilities in the area of the Nagorno Karabakh conflict, constant reports continued concerning destruction or damaging of Armenian heritage. The first troubling news was about the destruction of the chapel of St. John the Baptist[4]. Shortly after Azerbaijan’s seizing control of Shushi, images and a video[5] of the partially destroyed 19th century church of Saint John the Baptist was circulated on social media showing severe destruction to the dome and the bell tower. These destructions are easily detectable on satellite images.[6]

Another video was published on social media demonstrating intentional destruction of Armenian monuments by Azerbaijani armed forces: Arakel village of Hadrut region of the Republic of Artsakh[7].

A video published by the Armenian Human Rights Defender on 27 March 2021 demonstrates the vandalization of the St. Yeghishe Armenian Church in Mataghis, Artsakh (built in the 19th century) by Azerbaijani military (the Turkish flag is also clearly visible on the uniforms).[8]

On 30th of March images appeared on social media showing that the memorial dedicated to the victims of the Armenian Genocide, the Patriotic War and the first Karabakh war in the town of Shushi, currently under Azerbaijani control, has fallen to Azerbaijani vandalism.[9]

Moreover, photo and video reports demonstrated that the president of Azerbaijan personally instructed to wipe off Armenian traces from Nagorno Karabakh.[10]

Azerbaijan has embarked at the highest state level on cultural appropriation and the calculated policy of legitimization of the false logic and fallacy of “Caucasian-albanization” of Armenian apostolic churches, misappropriation of the Armenian religious heritage, their desecration and utter destruction on a case-by-case basis.

Deliberate destruction of cultural heritage sites is a crime committed during war. History shows that any manifestation of intolerance towards civilizational values belonging to others, the deliberate infliction or destruction of cultural or religious heritage must be condemned with firm determination. Targeting cultural heritage sites is strictly prohibited by a number of international conventions (UNESCO’s 1954 Hague Convention for the Protection of Cultural Property in the Event of Armed Conflict and its two (1954 and 1999) Protocols, the 2003 UNESCO Declaration concerning the Intentional Destruction of Cultural Heritage).

Taking into account the abovementioned concerns, we emphasize the universal dimension of cultural heritage, as a witness to history, and as inseparable from the identity of peoples, which the international community has a duty to protect and preserve for future generations, beyond the conflicts of the moment.

We hereby refer to the 2003 UNESCO Declaration concerning the Intentional Destruction of Cultural Heritage, which recognizes the importance of the protection of cultural heritage and reaffirms its commitment to fight against its intentional destruction in any form so that such cultural heritage may be transmitted to the succeeding generations.

We also refer to the provisions of the 1954 Convention for the Protection of Cultural Property in the Event of Armed Conflict and its two Protocols, to which both Armenia and Azerbaijan are parties, and which are based on the States Parties’ conviction that “damage to cultural property belonging to any people whatsoever means damage to the cultural heritage of all mankind”.

We recall the UN Security Council resolution 2347 (2017), which stresses that "the unlawful destruction of cultural heritage, looting and smuggling of cultural property in the event of armed conflict, including by terrorist groups, and attempts to deny historical roots and cultural diversity in this context, can fuel and exacerbate conflicts and impede post-conflict national reconciliation, thus undermining the security, stability, governance and social, economic and cultural development of affected States”.

We further recall Article 23 of the 1954 Hague Convention, according to which the High Contracting Parties may call upon UNESCO for technical assistance in organizing the protection of their cultural property, or in connexion with any other problem arising out of the application of the present Convention or the Regulations for its execution. The Organization shall accord such assistance within the limits fixed by its programme and by its resources. The Organization is authorized to make, on its own initiative, proposals on this matter to the High Contracting Parties.

We are aware that on 11 December 2020 UNESCO has invoked its mandate under the 1954 Hague Convention, under which the UNESCO Director-General has expressed readiness to set up an independent technical mission in order to assess the status of the most significant cultural property. Nevertheless, this process has been artificially hindered by Azerbaijan for months[11].

We extend our strong concern over Azerbaijan’s policy of hampering the effective involvement of UNESCO, and urge and expect UNESCO to act firmly and to take all the measures in its hand to successfully engage in the protection of the Armenian heritage in the territories under Azerbaijani control, which is especially important in the conditions of the attempts of intentional annihilation of historic monuments and distortion of their identity.

Protection of Rights without Borders NGO 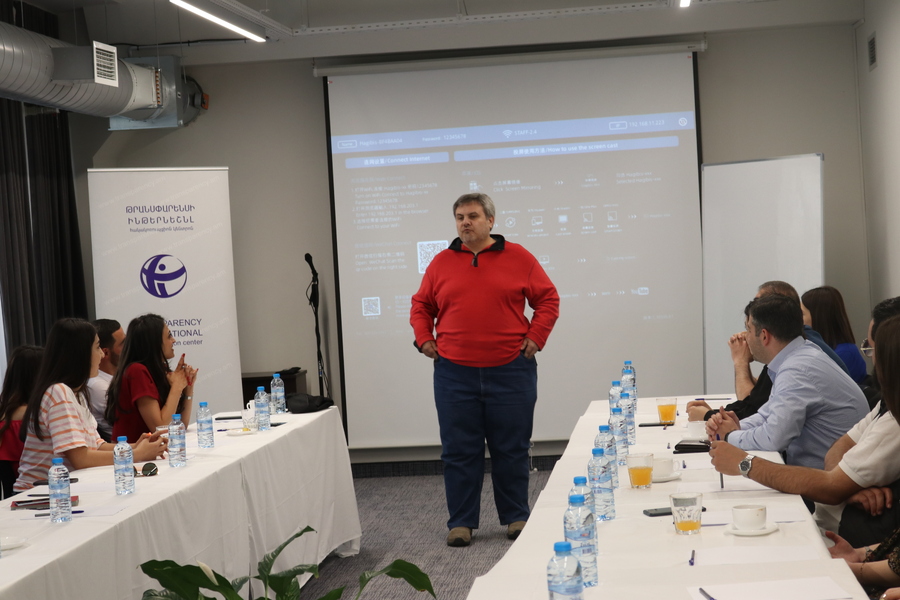 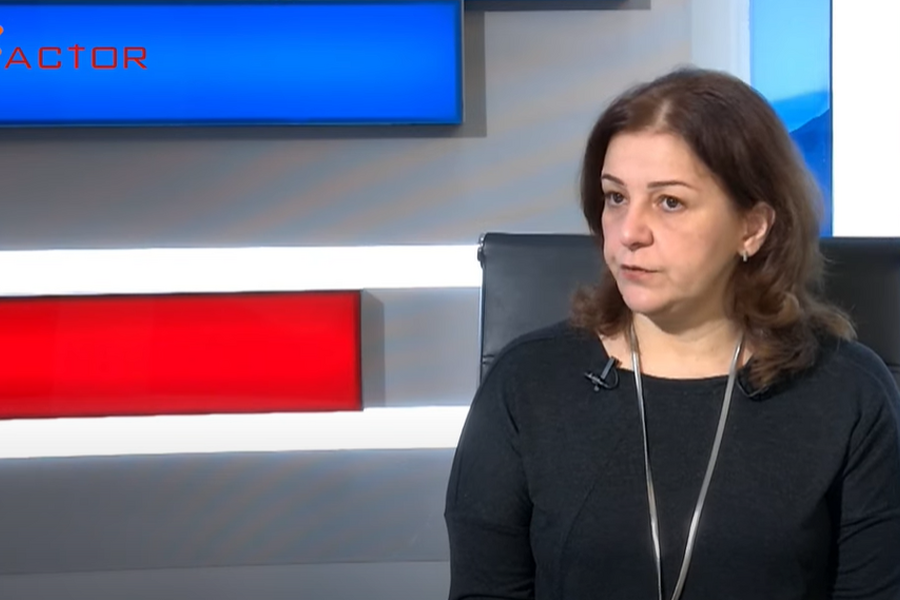 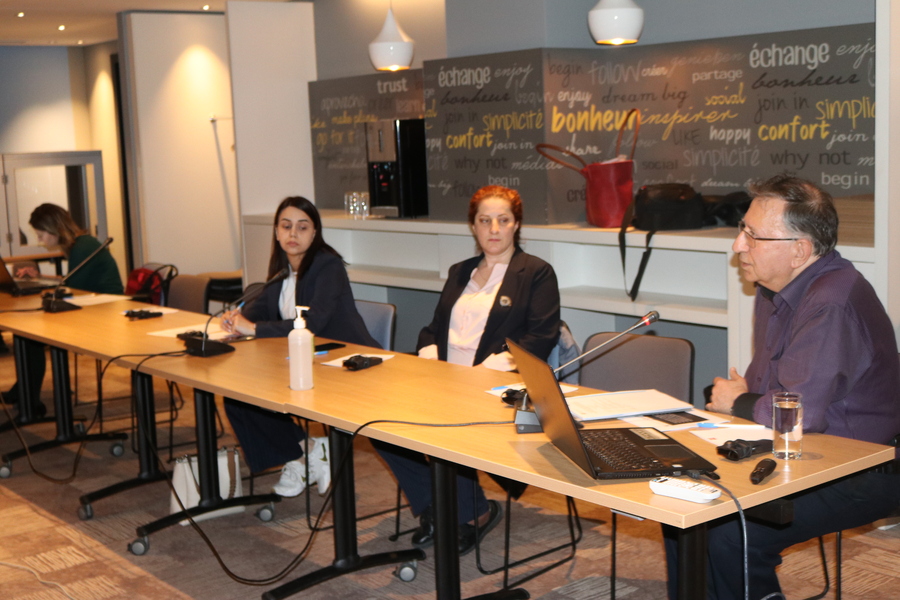 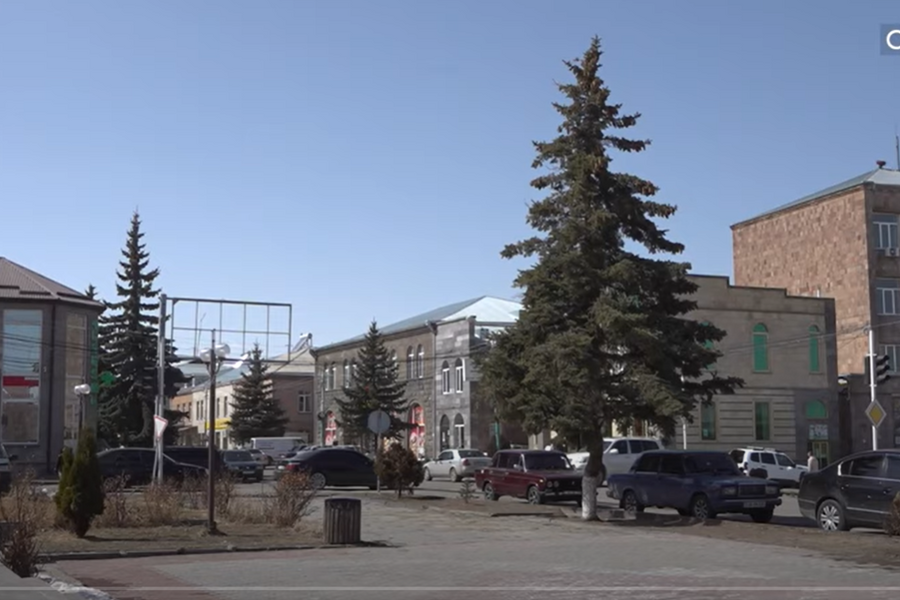